The schedule of demonstrators has Liz Haywood Sullivan bringing us all back from our summer doldrums and getting our creative juices flowing at our September meeting. I wanted to chime in and say that I'm really looking forward to seeing her in her process. 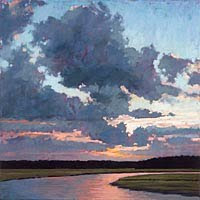 For years I've liked her wonderful paintings and read her articles in Pastel Journal. When I worked at Frantic Framers in Quincy, she would come in to frame her wonderful originals. It was a treat to see them and talk about her work, my work, and listen to her wonderful advice. 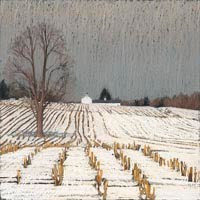 Here is a link to her recent article in Pastel Journal about painting snow. 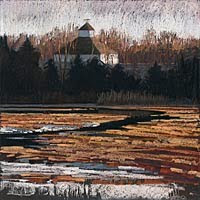 And an assortment of paintings I found on her website. All are courtesy and copyright of Liz Haywood-Sullivan. 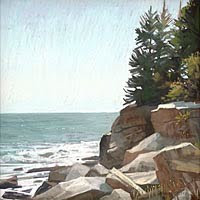 Posted by Kim Morin Weineck at 9:52 AM 0 comments

One of the wonderful things about blogging is that information can get posted quickly. It's great that our membership can see the wonderful programs that we've planned. 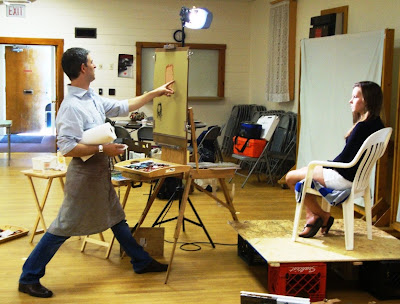 As promised, here are some photos from the workshop FAA put on last weekend featuring our past demonstrator, Alain Picard. 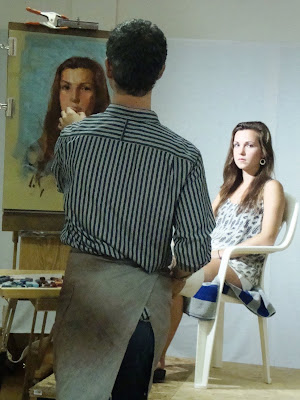 Special thanks to Robin Carroll who helped us find this wonderful model for the workshop. 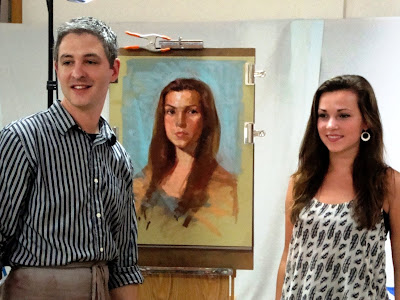 And more special thanks to Frank Quinn who helped make this workshop happen with all the necessary logistics. 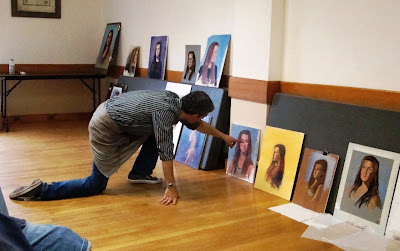 It was a great time. A lot was learned. And we're looking forward to future workshops!
Posted by Foxboro Art Association at 1:15 PM 1 comments

I'm delighted to announce that Tony Donovan and Kim Morin Weineck (that's me, author of this post) will be the featured artists at Gallery9's First Friday reception on--you guessed it--Friday--October 1st from 6-8pm in the Norwood Gallery.

Gallery9 is a wonderful space to showcase emerging and established artists' work. The gallery has a wide client base who appreciate original artwork.
Consider submitting your work to be shown in the gallery. They are always happy to discuss work with local artists. 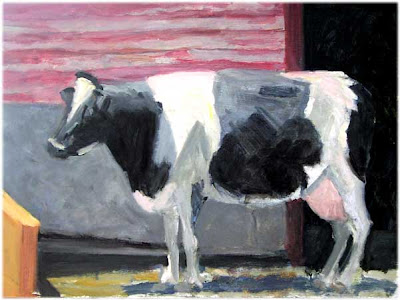 The First Friday openings are a lot of fun and everyone is welcome for conversation, artwork, and light refreshments.

Hope to see you there!

For those who like to plan ahead, the following is a list of all meeting dates for the upcoming year. Demonstrators have been selected for the months with artists listed. For some others we are awaiting confirmation.

Would you like to suggest an artist demonstrator? Please feel free to leave a comment here and we'll get it to the proper people. Thanks!
Posted by Foxboro Art Association at 8:35 PM 0 comments

Gallery9 at Custom Art Framing in downtown Norwood is seeking artist submissions for their show this November, "Looking Up." For a $10 entry fee, all artists are welcome to contribute an original work created on a gallery-provided 10"x10" canvas.

Here are some photos from Frank Quinn's show at the Boyden Library on display through the end of August. 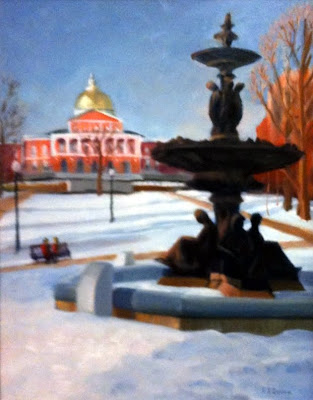 They look superb on the walls, but for those of you who can't stop in, here is an assortment of highlights. 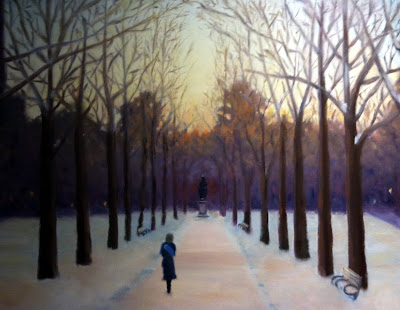 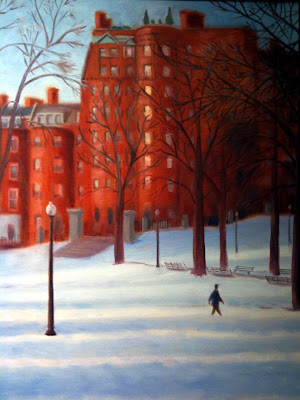 Next month, please be sure to see the work of Adele Corrigan. Her work will be on display for the month of September. 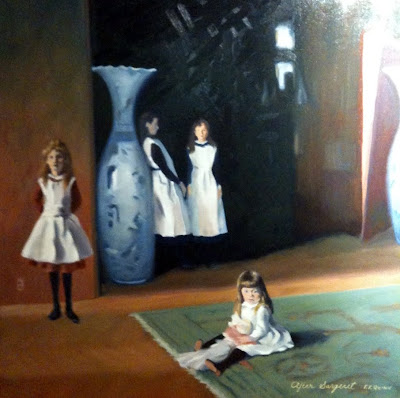 Interested in displaying at Boyden Library? See the schedule in this blog's sidebar and contact Frank Quinn at fxquinn@yahoo.com to reserve your month.
Posted by Foxboro Art Association at 8:07 AM 1 comments 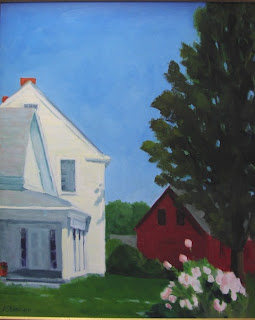 Tuesday, August 17th, member Tony Donovan will be at a reception for his month-long show at Barnes and Noble in Walpole.

Please join him at the cafe between 7-8pm for cookies and art. What fun!

Hope you can make it!
Posted by Foxboro Art Association at 10:46 AM 0 comments 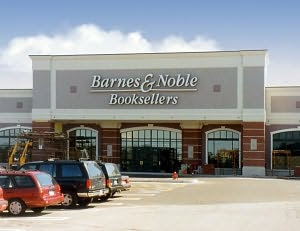 FAA Member, Frank Quinn, will be displaying his recent work at Barnes and Noble for the month of September. All are welcome to his show reception on Monday, September 13th from 6:30-8pm.

The cookies at Barnes and Noble are good. And the work Frank will have on display is better than the cookies!

Hope you can make it!
Posted by Foxboro Art Association at 8:49 AM 0 comments

It's the time of year for everyone to pay their annual dues!

$25 single membership and $30 for a couple/family membership.

Please include your name, address, telephone, and an email address.
Also make note if you'd like your newsletter sent digitally or by US Mail.

You can also bring your payment to our meeting on September 8th.
Looking forward to seeing you soon!
Posted by Foxboro Art Association at 8:43 AM 0 comments

Painting on site with BJ Bjork 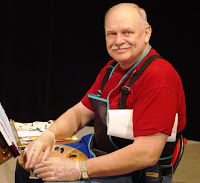 BJ Bjork will be offering instruction outside on the following days throughout September with more dates to follow for October. The cost is $20 for the day. For more information, please call him directly at 508-543-5405.

What a great opportunity to hone your skills!
Posted by Foxboro Art Association at 8:36 AM 0 comments

I saw this in the Hometown Weekly this week and thought I would share. The Zullo Gallery Center in Medfield is having a juried exhibition from September 18 through November 7 and is calling for artists to submit 3 works via email, CD, or prints to be considered. All work must be for sale, and the deadline is next Wednesday, August 18th.
I've included the Prospectus below which has more information about submission. You can also download this off their website by clicking here. 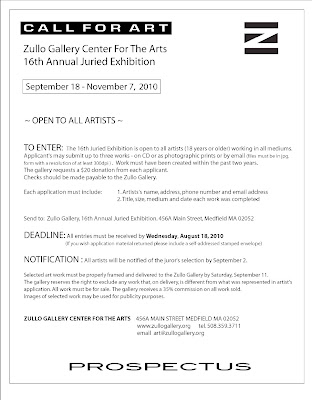 Our Members are welcome to display their work at the Boyden Library gallery. We have the following artists signed up for these months

*Edited on August 24, 2010: The January slot has been taken. BJ Bjork will be on display for the first month of 2010. Thank you for volunteering and looking forward to your show!

Interested in displaying your work at the Boyden Library gallery?
Please contact Frank Quinn either by email fxquinn@yahoo.com or by phone (508)668-7031 and reserve your month now.
Posted by Foxboro Art Association at 5:38 PM 0 comments

Here is a list of our meeting dates through April 2011.
As always they are always on the second Wednesday of each month at 7pm
in the Boyden Library, Foxboro.

Please be sure to mark them on your calendar!
Posted by Foxboro Art Association at 5:01 PM 0 comments 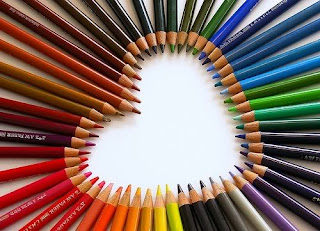 This blog is a wonderful opportunity to put yourself and your work out there for all to see and get to know a little better.

Would you like to be the subject of a monthly 'getting-to-know' people in our membership posting?

The October Members' Show at the Boyden Library is right around the corner.
Here are the important dates for you to keep in mind while you're busy producing your next masterpiece:

Winners will be announced and ribbons will be awarded at the October 13th meeting (what fun!)

Members may submit up to two paintings for a fee of $5.00 per piece.
This nominal charge covers the judge's fee and ribbons.

Best of luck to all who will submit!
Posted by Foxboro Art Association at 4:50 PM 0 comments