We held our final meeting of the school year on May 10 at a brand new location, St. Mark's Episcopal Church in Foxboro, and elected officers for next year: 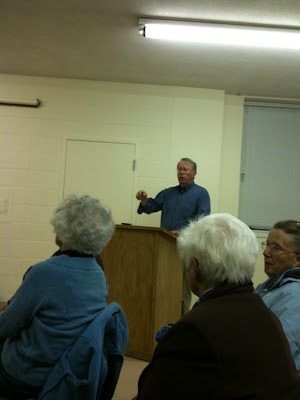 Kathy Hutchinson, who has served admirably as President for the past three years, is stepping down because of a job conflict on Tuesday nights -- when we have to meet at St. Mark's. But she promises to stay involved and hopefully continue to write her beautiful columns for our Newsletter.

Our annual scholarships were also announced: Kim Weineck received the Member Scholarship to help pay for a painting workshop. Kim has been active behind the scenes in a number of activities to include helping establish this blog page.

The Foxboro High School winner's name was also announced, but we will withhold her name here, pending the official notification. 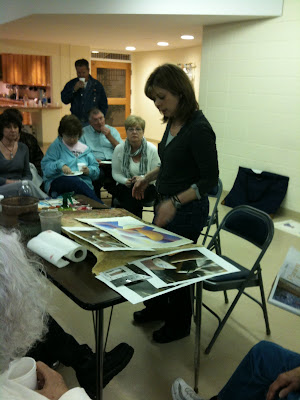 Marla explaining her process
Other business included a discussion of the annual Fall Members' Show which this October will be exhibited at the new gallery at Patriot Place. In the meantime, members were encouraged to sign up for a weekend this summer as a featured artist. More info can be found on its blog: www.artgalleryatpatriotplace.blogspot.com. 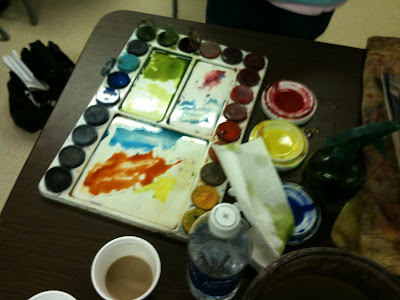 Marla's palette
Our demonstrator was award-winning watercolorist Marla Greenfield who showed us the studied techniques she uses to produce wonderful jewel-like paintings. Her work can be viewed on her web page: www.marlagreenfield.com. 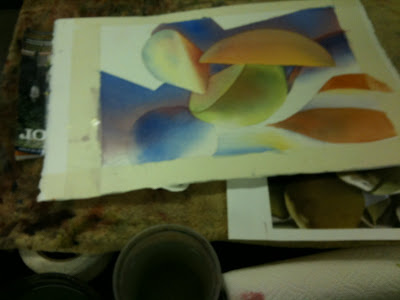 Marla's demonstration in progress - luminous color!
Our next meeting will be the second Tuesday in September - Sep. 13 - at St. Mark's Episcopal Church.
Posted by FrancisX at 11:42 AM